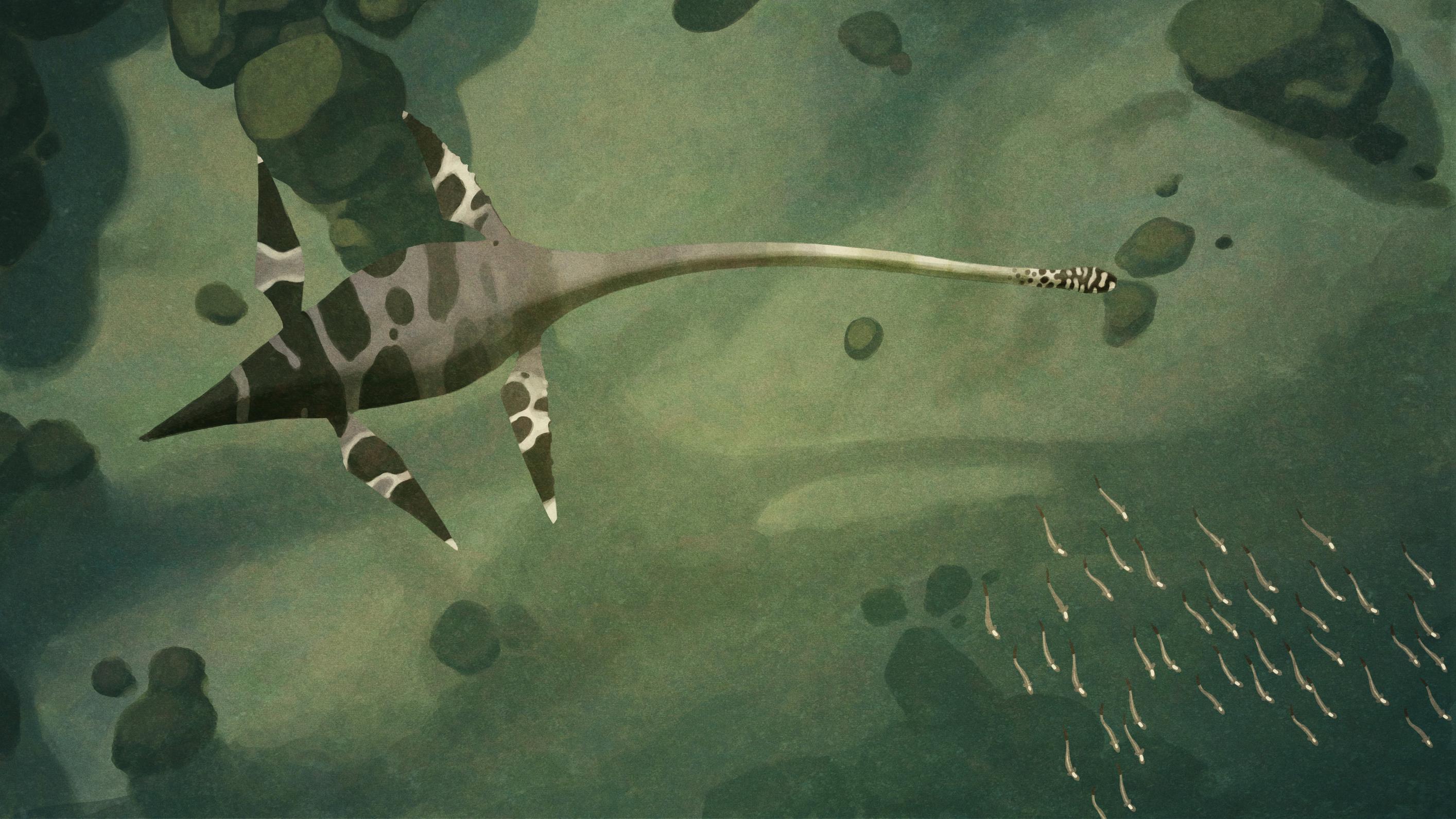 Woolungosaurus was an elasmosaurid plesiosaur that lived in the oceans around Australia during the Cretaceous. I've shown it here with a head coloured like a fish, so as it can be sneaking in amongst the fishies to gobble them up (an idea suggested to me by palaeontologist Colin McHenry in less infantile language).