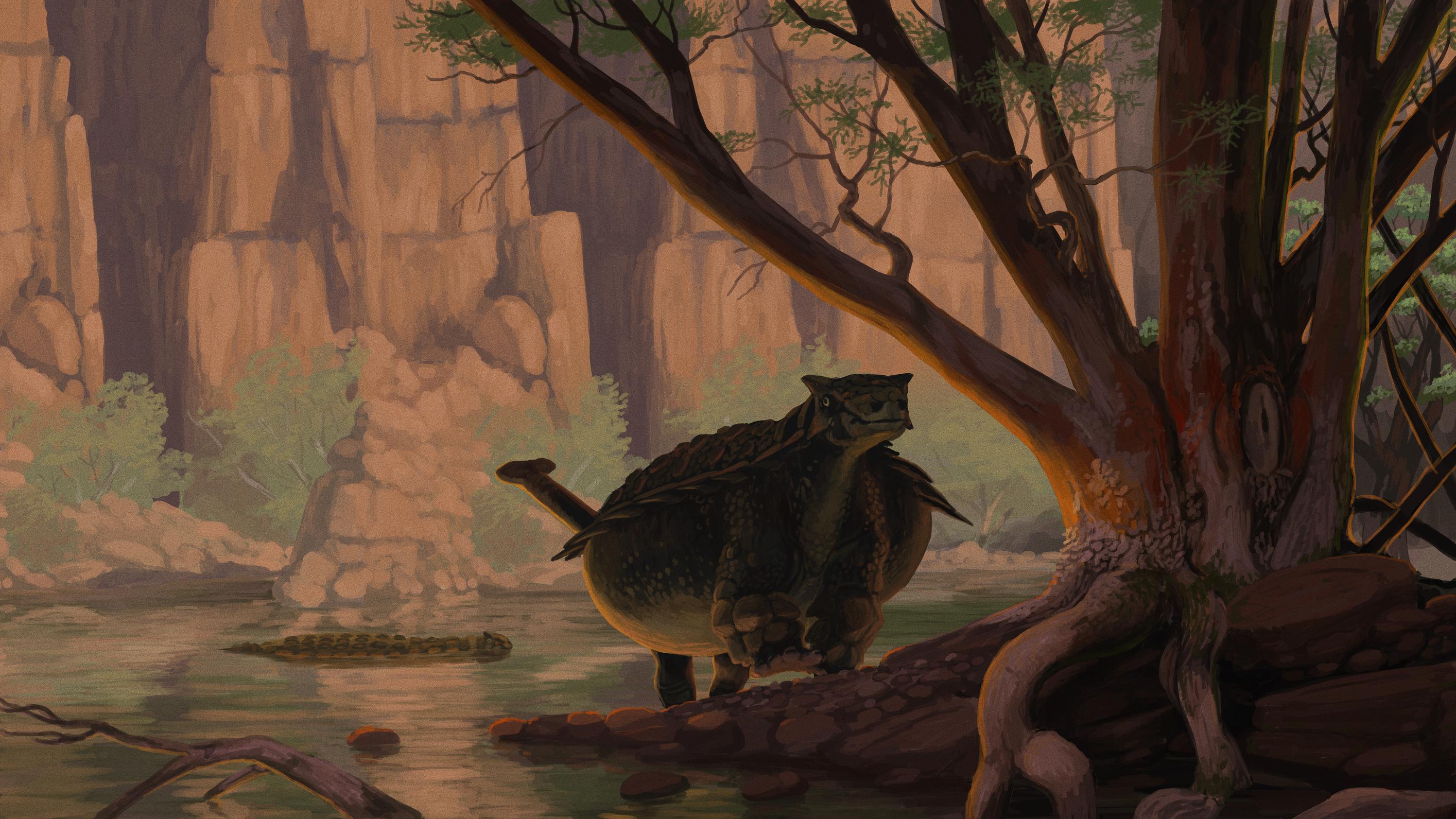 A couple of Pinacosaurus grangeri cross a river in a gorge in Late Cretaceous Mongolia, about 75 million years ago.

The style of this painting is hugely influenced by the work of Ely Kish, who died recently (late 2014). She was one of the best painters to work on dinosaurs, and her 70s and 80s work was instrumental in teaching myself to paint.

Ely Kish wasn't a specialised palaeoartist, and she got rather ahem strange direction from palaeontologist Dale Russell, which resulted in weird emaciated dinosaurs. Her later dinosaur work took on a cartoonish aspect which I don't care for, but I don't think any of this should detract from the sheer painterly brilliance of her classic work.

There aren't reproductions on the web that do her work justice, but Love in the Time of Chasmosaurs has a nice writeup with scans of her work in An Odyssey in Time.