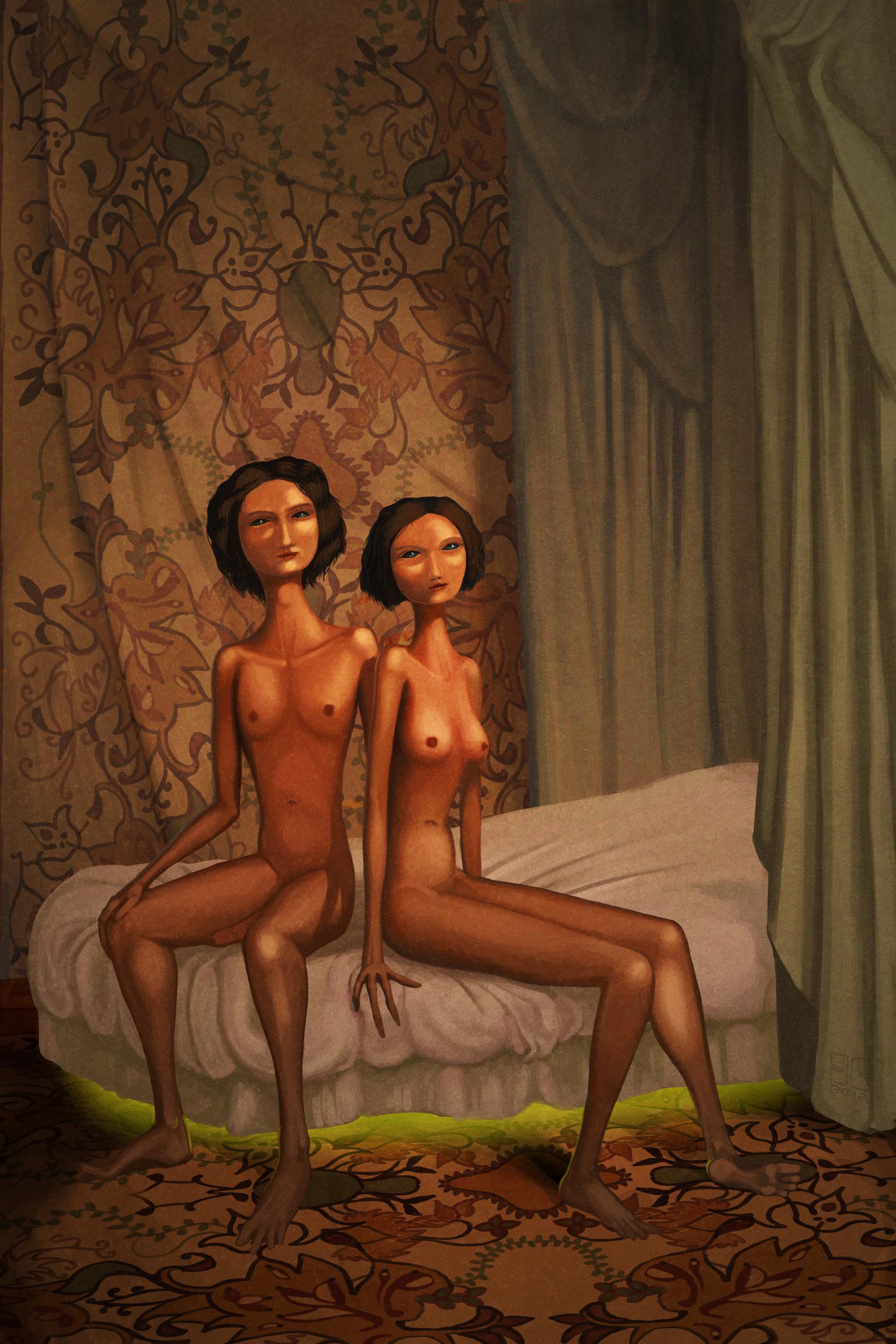 I started this painting for a section of the All Yesterdays book, but the section didn't fit with the overall concept, so it was never included. These are future humans, based on some speculative trends in human genetics, technology and society.

Their skin is a medium brown, and their hair a wavy dark-brown, both due to ordinary genetic mixing. The whites of their eyes have disappeared, partly because they are no longer useful and party genetically engineered away for aesthetic reasons. They have engineered themselves to be absurdly gracile because being a waif is still trendy. This pair have four digits on their hands and feet, due to the Body Minimalist movement of the 2330s.

They sleep on a SHAG (SHort-range Anti-Gravity) bed, which is nice, but they still wonder what happened to the hover cars we were all meant to be driving by now.