Some thoughts on NFTs 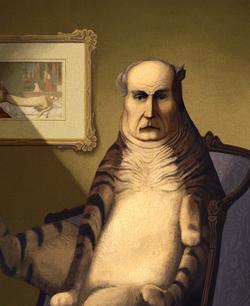 Clarice, I thought I made it clear I am not to be interrupted during bath time! 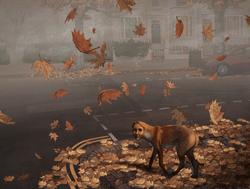 On the internet, I see a lot of people with fox heads and fox tails. I prefer foxes with people heads and people tails.

I have made a little video about painting Comtesse d'Innosouroidé, and put it on Youtube: 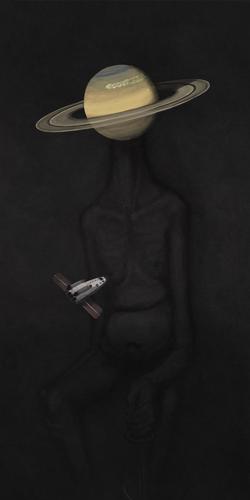 It's a very large old guy with no clothes on and a nasty looking knife. 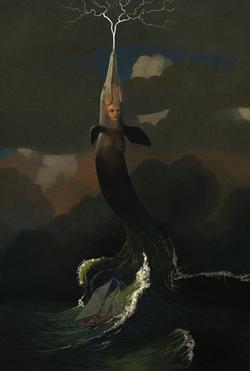 Clidastes, god of the sea and forked lightning, does not even look at the ships she sinks. 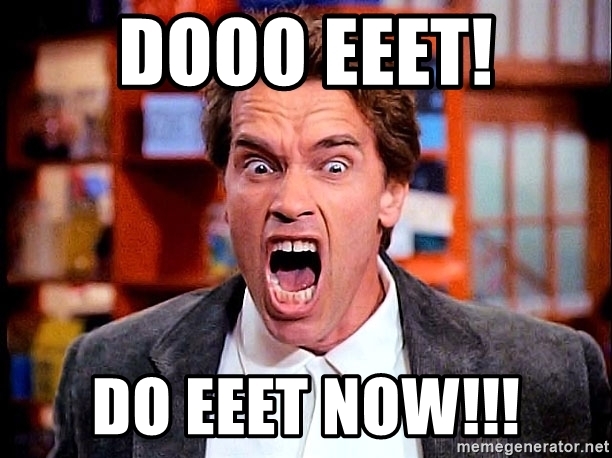 My First Week in the Fediverse 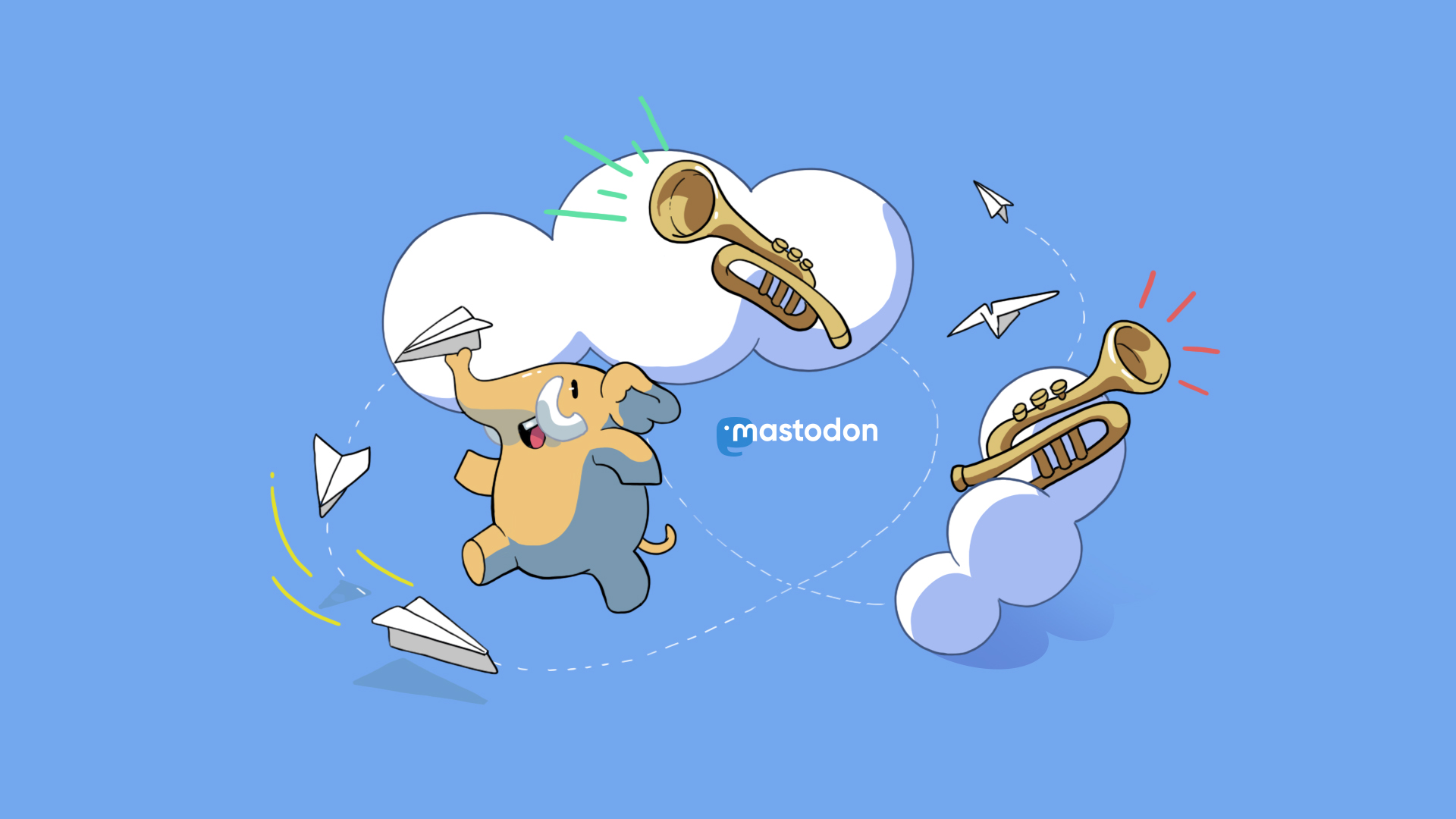 About a week ago, I joined the Fediverse seriously, using my own Mastodon server at @[email protected].

"The Fediverse" is name given to a collection of social networks that can talk a common language. Essentially it means you can follow, like and reply to people on different sites (which are called "instances" in fediverse lingo). You can join a large existing instance, run your own instance just for you (like I have), or anything in-between.

Okay, so after spending WAY too long trying to write my own Fediverse server, I gave up and paid for a managed Mastodon server at Masto.host. It was up in a few minutes, I hooked it up to my domain name, and it all just worked. So far so good!

Using the Mastodon web interface for posting (called tooting... err), is very easy, much like Twitter. More difficult is filling up your timeline - you need to make your instance sufficiently aware of the rest of the fediverse to find stuff to read. Turns out this is quite a challenge, and one I have taken extraordinary steps to overcome.

If you start your own instance like me, the search box in your instance will not help you find anything much, because it does not know of anything yet. It is also limited by design, and will not usually do full text search of posts or profiles.

So how do you find anyone? Well, I went to some of the big Mastodon instances that I already knew about, went to the (unsearchable) directory of (abridged) profiles, and just tried to find people by clicking though. After a couple of days doing this, I had found maybe 40-50 people. Slow going.

I got sick of this, and decided to write a robot to find every goshdarn profile it could so I could do a text search on profiles for things I am interested in. Mastodon doesn't have a feature like this because of privacy or something, but I'm an arsehole and I was sick of not being able to find anything. My robot has collected about 10,000 profiles, and has let me actually find some people into history and palaeontology.

You can add what are called relay servers to your instance, which spew to whole timeline of other instances into your "federated timeline". But much like the Twitter firehose, this is full of shit.

There are culture limitations on discovery as well. No quote re-posting (retweeting) because it can be used for abuse – so if you do re-post something, it must be without context. Some people don't like being re-posted, apparently, so maybe you should check that beforehand (I dunno!).

So I turned all the content warnings off, because I was sick of having to click every image to find it was hidden because the cat was looking at the camera. This satisfied me until I clicked on the the federated timeli... oh dear god no!

You see, the fediverse is full sex fetishes, and some is of it unconscionable, such as anime pedophiles posting their manga "loli" (don't look that up).

So by default Mastodon puts you in a situation where you're trained to click to reveal media because usually it's a dog or a plate of food, but often enough it's pretty vile (and possibly illegal pornography). Nice! You can fix this with a lot of blocking, but finding a happy level between "I really don't mind cats looking at me", and "I don't want pedophilia all over my screen" takes work.

On the upside, people I've interacted with have been more likely to assume good faith, and the discussions, when they do happen, seem better and more thoughtful than Twitter.

Overall the culture reminds me of the internet in the early 2000s, which is good and bad. I'm getting a bit of a shouting-into-the-void feeling because I've only got 39 followers, and I'm used to having over a thousand (or more on Twitter), but I expect that will improve.

I hope more people join, because I feel the technical achievement of the people that have built the software that make this work is real, it actually works* and seem to me to be the only way out of a megacorp internet of the future.

*I do have some gripes, more of that in a different post. 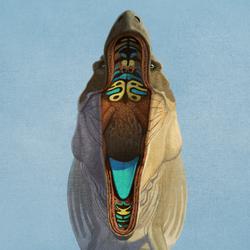 Some say, the colour of its mouth makes it sexy. 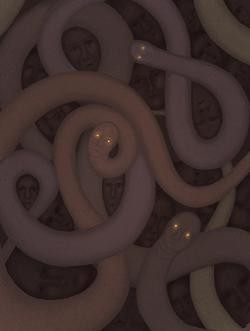 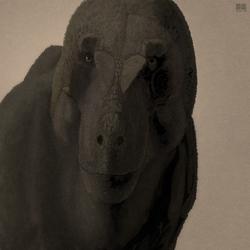 Barosaurus had quite a long neck. 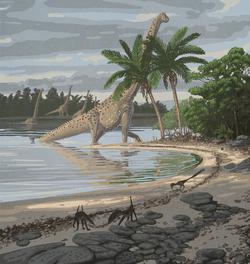 The giant Patagotitan emerges from the a patagonian river, sometime in the middle of the Cretaceous, about 115 million years ago. Some pterosaurs and birdy dinosaurs forage on the shoreline.

This painting is (yet again), ispired by an Ely Kish painting. 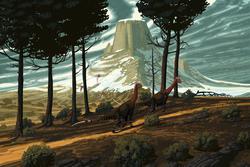 Two vulcanodons take a mountain path in Early Jurassic Zimbabwe. A small heterodontosaurid looks for goodies in the undergrowth, and some pterosaurs fly by behind.

The colur and setting is taken from the back cover of the album Felt Mountain, by Goldfrapp. 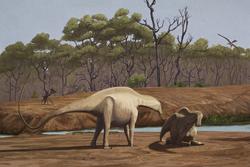 One dicreaosaur annoys another in Late Jurassic Tanzania. The crocodylian Bernissartia sunbathe next to the water. Dsungaripteroid pterosaurs and a (speculative) small birdy dinosaur are in the background. 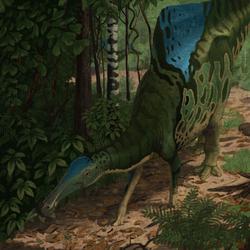 Hypacrosaurus was a duckbilled dinosaur with a high back. It was a muncher.

The painting is a reframing of an Ely Kish painting. 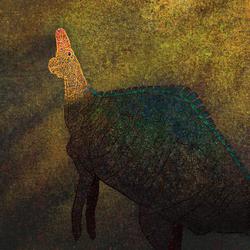 Hypacrosaurus was a duckbilled dinosaur with a high back. Maybe for showing off. 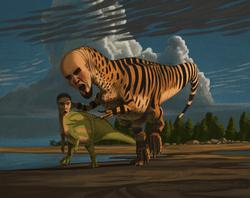 Campbell found Allen difficult to ignore, he said such outrageous things, and so loudly. 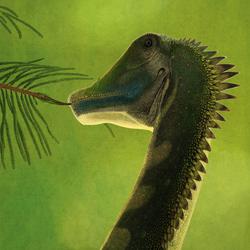 Diplodocus eating. They did that a lot you know.